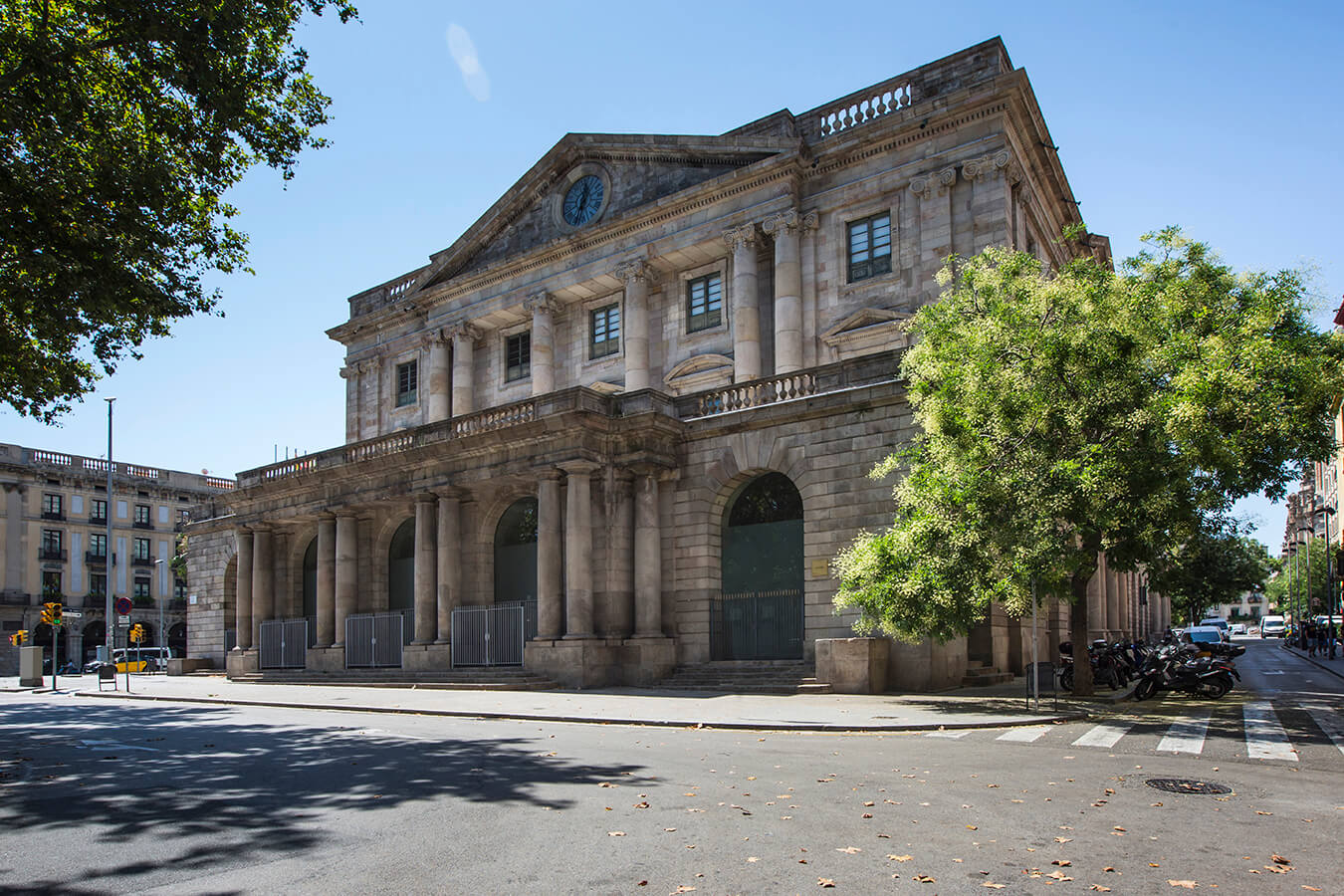 Barcelona was already a major commercial hub as far back as the fourteenth century. Medieval merchants  from around the Mediterranean and Europe would come to the port of Barcelona to buy and sell. But there was no specific places for them to meet and negotiate.  So Consolat de Mar promoted the construction of the Llotja.

The construction of Llotja de Mar

When it was decided to establish the Llotja, it was an uninhabited block of land where the city’s gallows had been. It was the place where people sentenced to death were taken and hung up to die.

When the Llotja was built, more than six hundred years ago, ships would anchor off the beach in front of the land where it was decided to establish the building. The coastline at the time was not the same as now. Around two hundred metres into the sea was the Maians islet, joined to the mainland by a narrow strip of land that the people at that time called “lo Morro”.

This sheltered space acted as a port and was where ships anchored. The vessels loaded and unloaded people and goods at the beach. 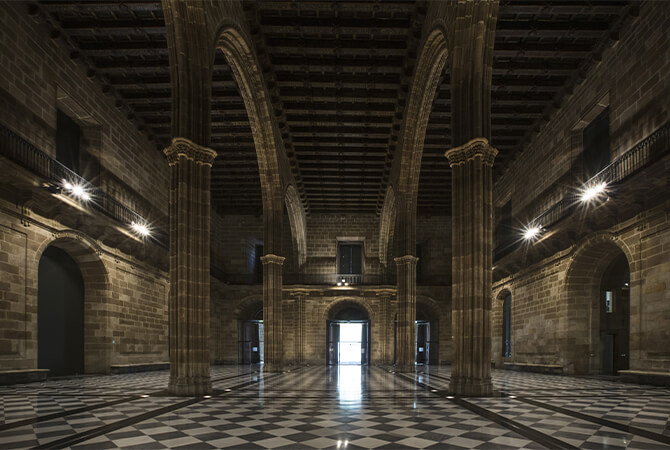 For four centuries this was the room where many trade transactions were negotiated, some of major significance in the history of Catalonia and of Europe. At the start of the fifteenth century, it was the site of the recently created Taula de Canvi de Barcelona, the first public bank in history. 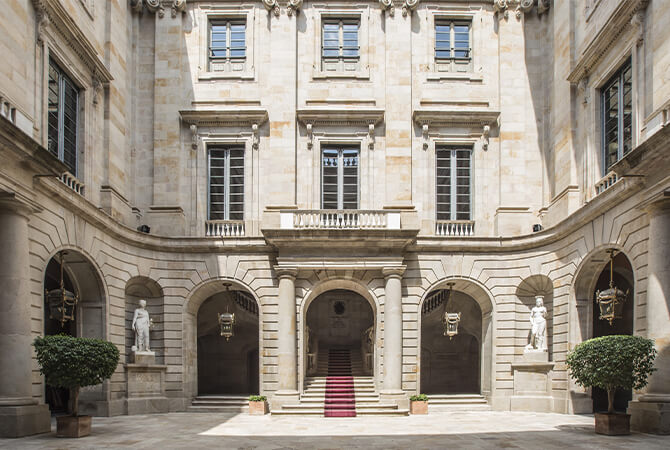 Initially it was a garden. It was a place for the merchants to relax. It was called Tarongers Courtyard because originally there where orange and lemon trees here, but they were removed during the neoclassical remodelling. The investment to launch the Marigalant, the Capitanes ship of Columbus's second voyage was decided in the Tarongers Courtyard. 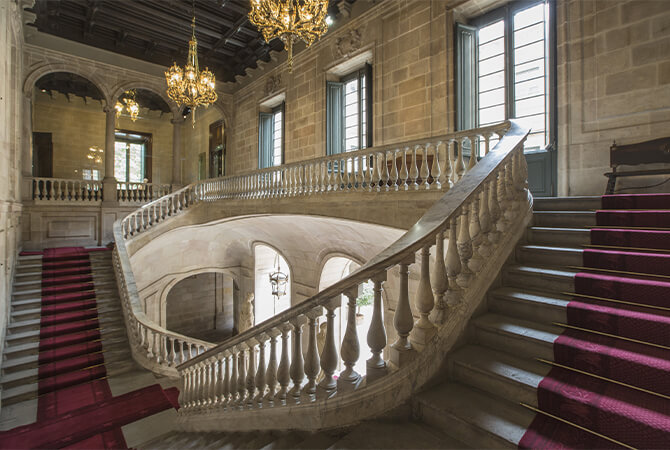 In 1714, after the war of Spanish Succession, the Llotja was distributed for military purposes. In the mid-eighteenth century the Board of Trade was created with the mission of promoting agricultural production, manufacturing and trade. The Board bought the building and restored it. 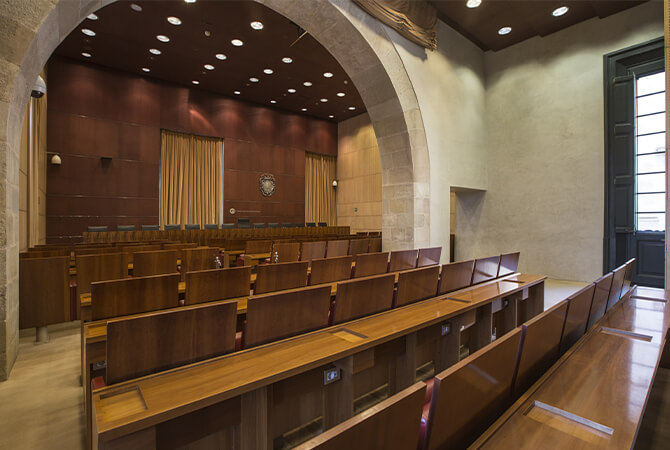 Situated at the top of the old chapel we can find the Plenary Hall of the Chamber of Commerce, the building's current owner. 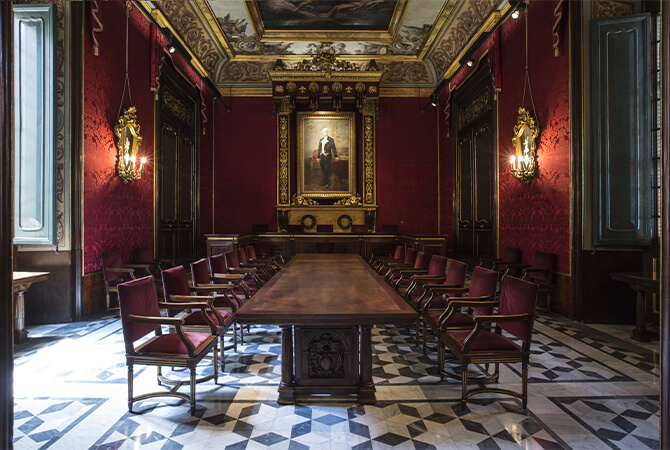 The Tribunal of the Consulat de Mar

It was the room where the merchants who was signed up to the ius mercatorum Catalan code of mercantile law had their conflicts and court cases heard. The Tribunal decisions and sentences had the same power as those issued by regular justice system. 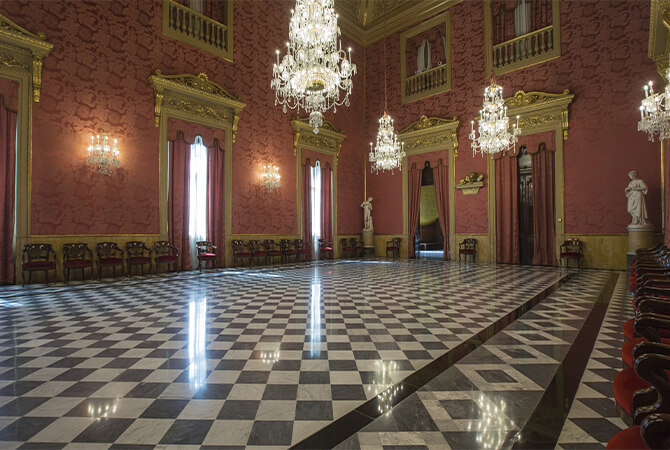 The Gilded Hall was built during the neoclassical remodelling for social events. But its furnishings and decor are a redecoration from the early twentieth century commissioned to modernist architect Lluís Domènech i Montaner. 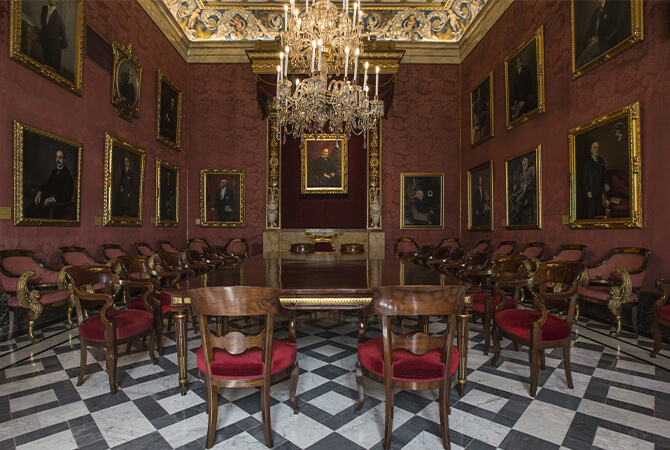 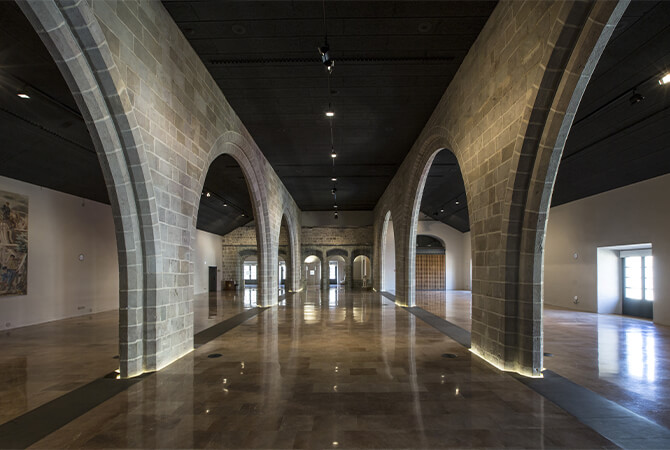 The Consuls' Hall and the Contracting Hall were built in the same period; they are the oldest part of the building, in other words, the Gothic hub of Llotja de Mar.

The Chamber of Commerce

The Chamber of Commerce is the successor to the Board of Trade. It is the current owner of the building and has its headquarters here.