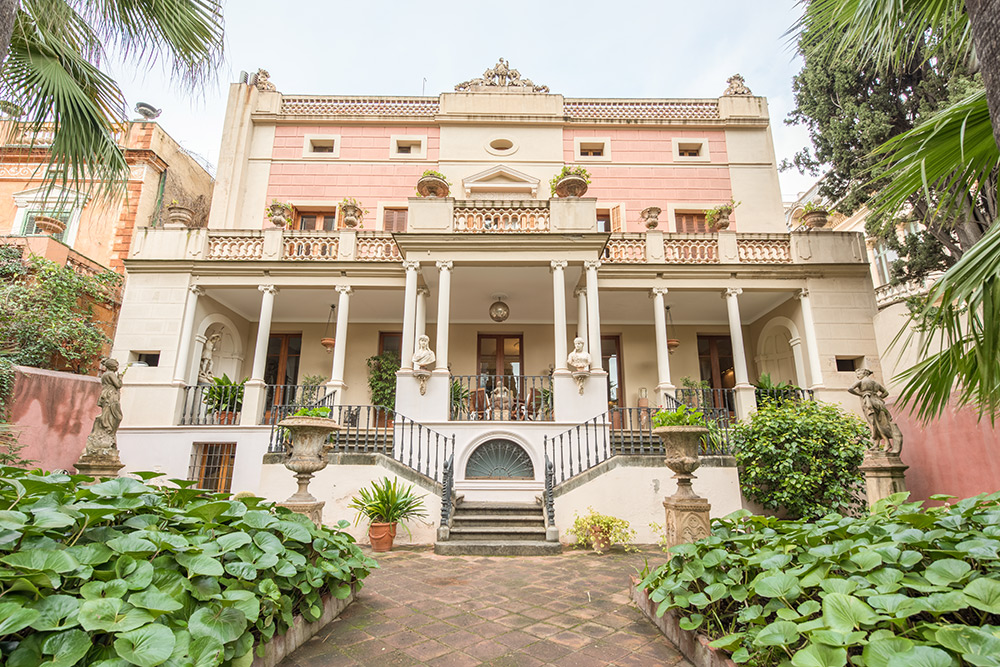 The House of an art and clothing collector

Manuel Rocamora came from a bourgeois family. His father, Marcos Rocamora, inherited the family industry of candles and soaps, which was the source of the family’s wealth. His mother, Ana Vidal, introduced him to the world of art and collecting by having him accompany her to visit museums, keeping an item of clothing from every season, or funding excavations in Ibiza and Sitges. They were members of the Liceo Theatre, and spent their summers in Calella de Palafrugell and Begur.

The candle and soap business was called Rocamora y Cia, and owes its growth to commerce with the Spanish colonies, Cuba and Puerto Rico. At the end of the 19th century, Barcelona stood out as the Spanish soap centre, and it was all down to one company: The Rocamora one. The sales of soap throughout the whole Spanish state was mainly carried out by the Rocamora business. Its growth is closely linked to the commerce between colonies, which is why the decline of the factory coincides with the loss of colonies. In 1869, a factory was created in Sant Martí de Provençals, with the aim of large-scale production. The factory closed its doors in 1956. 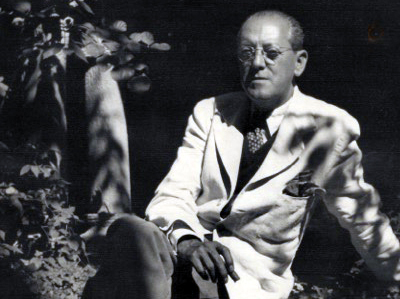 Manuel was born in 1892 in Barcelona into a family of four brothers.
He studied Fine Arts at the Llotja school under the direction of the professor and painter Fèlix Mestres. He enjoyed all painting styles, but above all still lifes and landscapes.

From a very young age he was drawn to collecting due to the fact that his house was full of works of art and that his mother kept an item of clothing from each season as a souvenir. He started collecting ceramic until he broke one of the pieces and decided to collect clothing instead. He gathered together more than 4,000 items of clothing including dresses, shoes, tights, gloves… which he ended up donating to the city of Barcelona to create the Costume Museum, Rocamora Collection, located in the Palacio Marqués de Llió in the Montcada street.

He travelled throughout Spain, Europe and some of America buying pieces from private collectors, antique dealers and at auctions.

A stroll around the Casa Rocamora
.03

During the decade of the 1890’s, a renewing and modern movement was beginning to emerge with great vigour in the spaces of Barcelona: this was Modernism. The most significant artists were Ramón Casas (1866-1932) and Santiago Rusiñol (1861-1931). They had been in Paris and carried out the first works. When Casas returned to Barcelona he took his pictorial creativity to the next level, highlighting simultaneously his facet as an illustrator, poster artist and draftsman. Alongside Miquel Utrillo and Santiago Rusiñol he stood out as a leader of Catalan cultural life, financing the opening of Els 4 Gats (1897) administered by Pere Romeu, and creating the modernist magazine Pel i Ploma in 1898, which served as an outlet for his work as a draftsman.

A stroll around the Casa Rocamora

He always lived in Barcelona, in the house that he bought from two ladies and which he hardly refurbished. He lived with a chef and a cleaning lady who didn’t sleep in the house.
He also had a chauffeur and a gardener who still comes to work. He spent time with Ramón Casas and Anglada Camarasa, and mixed with the Catalan artists of Modernism such as Picasso, Rusiñol, Enric Granados, Apel·les Mestres… He was founding member of Friends of Museums of Catalonia, a non-profit association founded in 1933, which united art collectors in Barcelona with art and culture enthusiasts. He made many donations to museums in Barcelona and Catalonia. He participated in the renovation of the Montcada street, where he would later entrust his clothing collection. 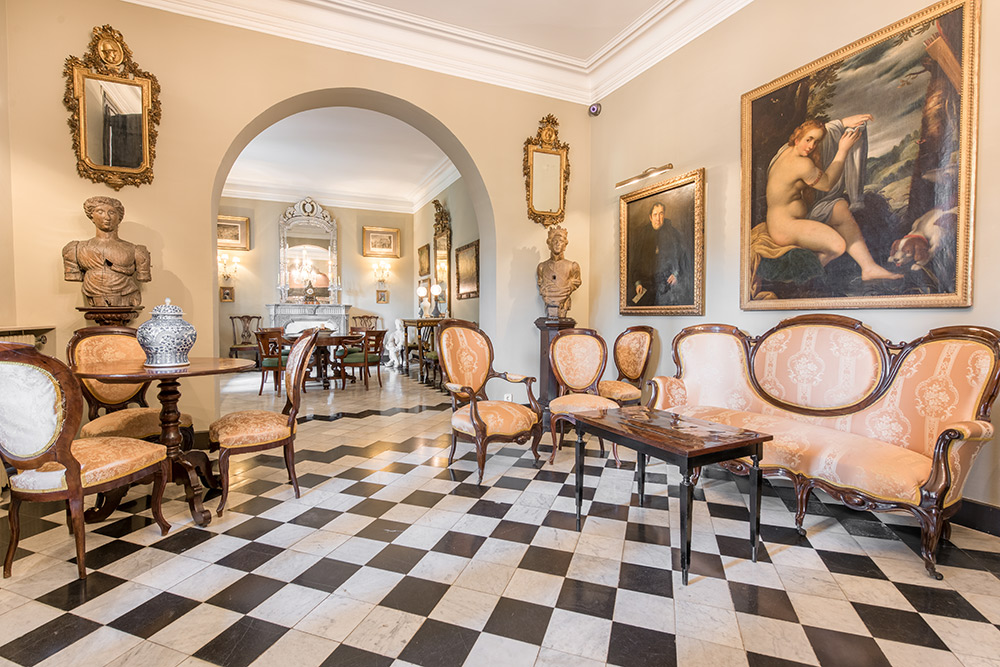 The living room is the same as when Manuel Rocamora lived there. It was where he received visitors, mainly those belonging to the intellectual world. He had one practically every day. We can see part of his collection of figureheads, and different works by Modest Urgell, Ramon Martí Alsina ... 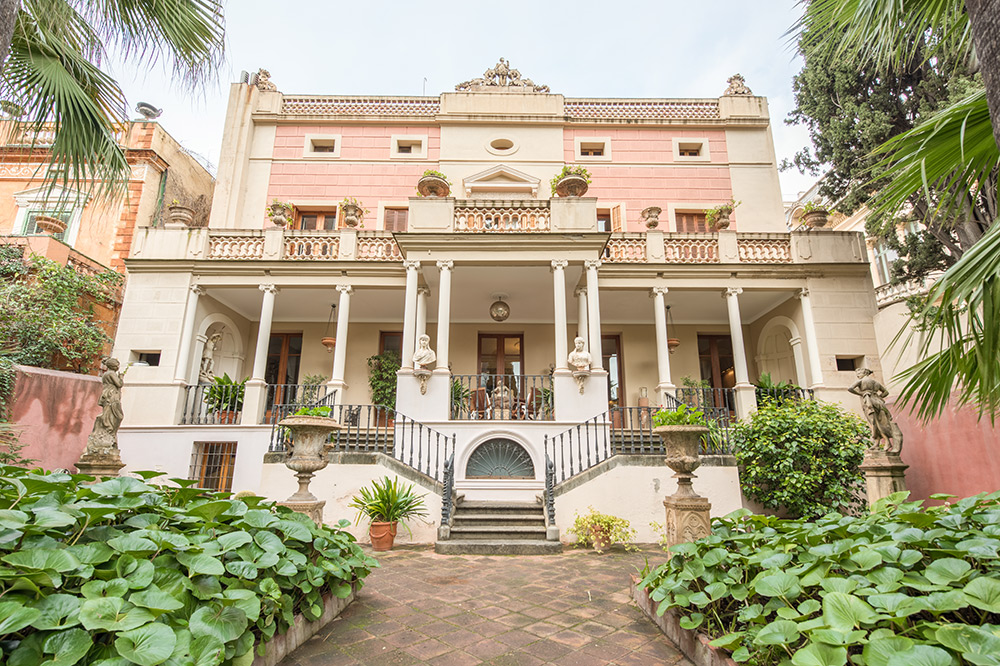 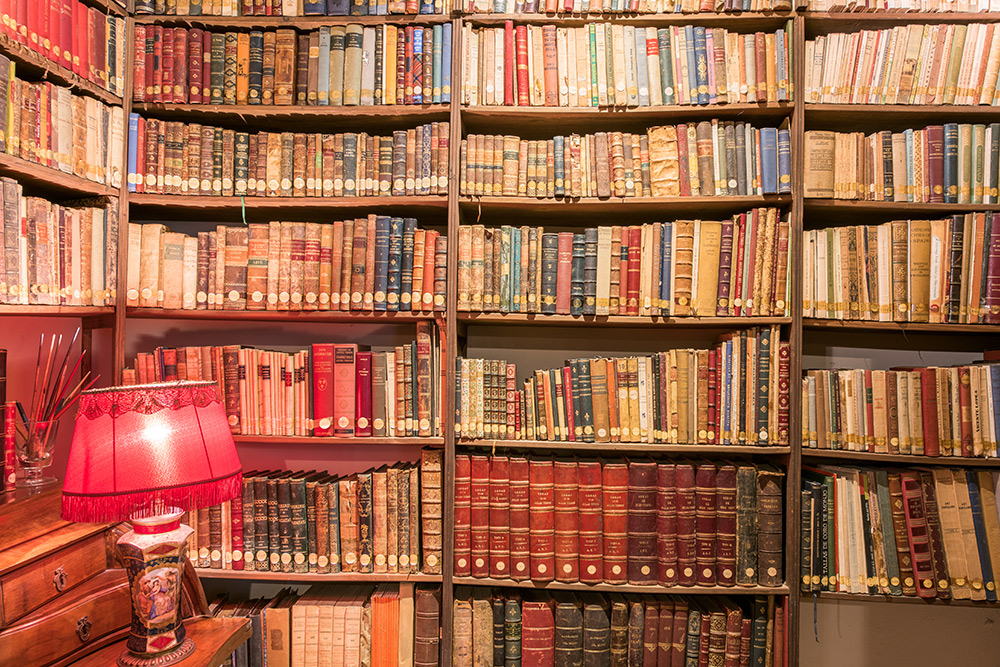 He dedicated a great deal of his time to reading and writing. He spoke many languages. The library houses a large collection of books on fashion and volumes of Spanish legislation regarding clothing and textiles. Drawings from the magazine Pel i Ploma, which are originals as they are stamped.

A stroll around the Casa Rocamora
.03

Non-profit foundation created in 1976 by Antoni Rocamora Pellicer, Marquis of Villamizar, with the aim of conserving and diffusing the heritage created by his great uncle Manuel Rocamora i Vidal Sala.